is an executive director at Goldman Sachs in Hong Kong. He has degrees in philosophy and economics from the University of Los Andes in Bogotá, Colombia, and blogs at The Philosopher Blog.

You have probably never heard of William Kingdon Clifford. He is not in the pantheon of great philosophers – perhaps because his life was cut short at the age of 33 – but I cannot think of anyone whose ideas are more relevant for our interconnected, AI-driven, digital age. This might seem strange given that we are talking about a Victorian Briton whose most famous philosophical work is an essay nearly 150 years ago. However, reality has caught up with Clifford. His once seemingly exaggerated claim that ‘it is wrong always, everywhere, and for anyone, to believe anything upon insufficient evidence’ is no longer hyperbole but a technical reality. 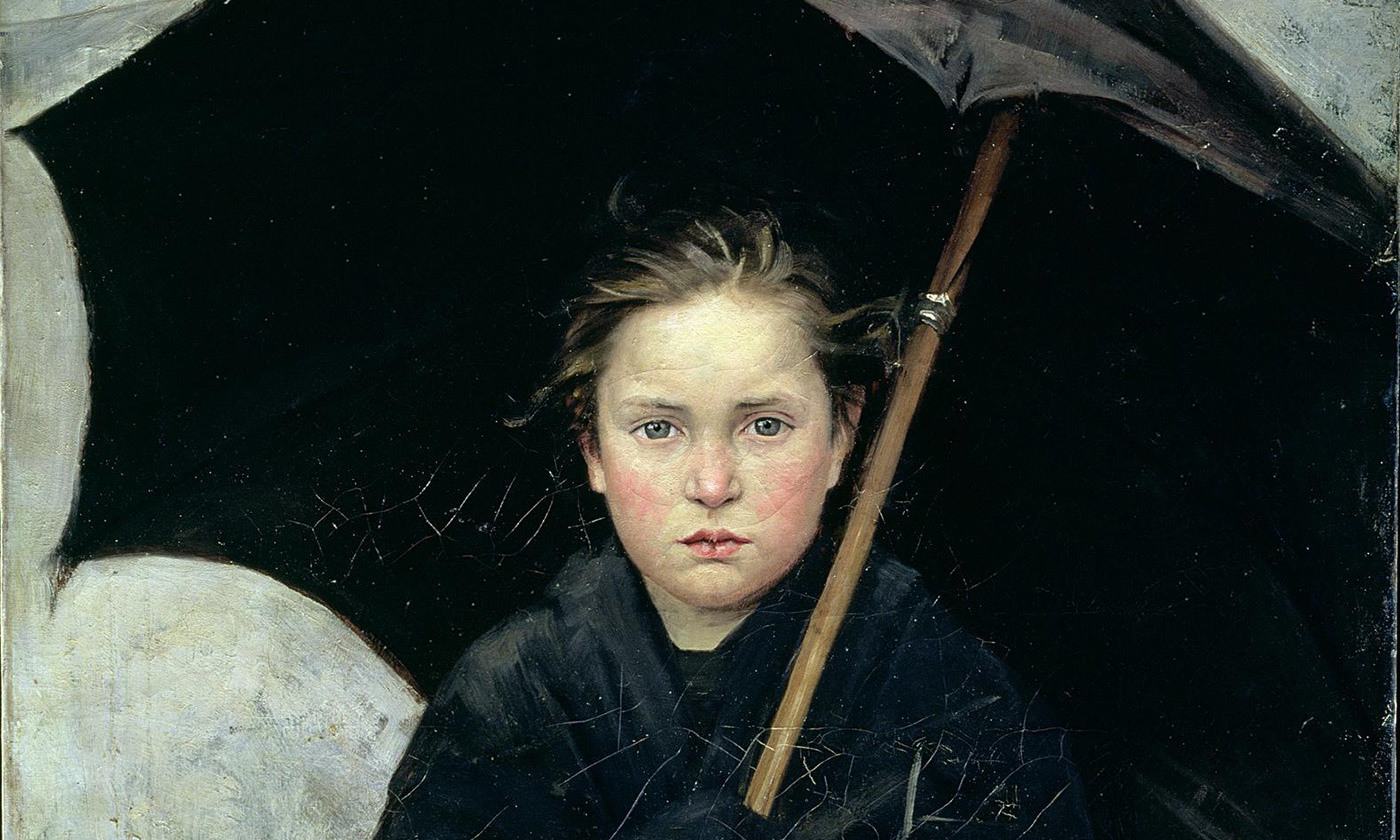 In ‘The Ethics of Belief’ (1877), Clifford gives three arguments as to why we have a moral obligation to believe responsibly, that is, to believe only what we have sufficient evidence for, and what we have diligently investigated. His first argument starts with the simple observation that our beliefs influence our actions. Everyone would agree that our behaviour is shaped by what we take to be true about the world – which is to say, by what we believe. If I believe that it is raining outside, I’ll bring an umbrella. If I believe taxis don’t take credit cards, I make sure I have some cash before jumping into one. And if I believe that stealing is wrong, then I will pay for my goods before leaving the store.
What we believe is then of tremendous practical importance. False beliefs about physical or social facts lead us into poor habits of action that in the most extreme cases could threaten our survival. If the singer R Kelly genuinely believed the words of his song
‘I Believe I Can Fly’ (1996), I can guarantee you he would not be around by now.
But it is not only our own self-preservation that is at stake here. As social animals, our agency impacts on those around us, and improper believing puts our fellow humans at risk. As Clifford warns: ‘We all suffer severely enough from the maintenance and support of false beliefs and the fatally wrong actions which they lead to …’ In short, sloppy practices of belief-formation are ethically wrong because – as social beings – when we believe something, the stakes are very high.
The most natural objection to this first argument is that while it might be true that some of our beliefs do lead to actions that can be devastating for others, in reality most of what we believe is probably inconsequential for our fellow humans. As such, claiming as Clifford did that it is wrong in all cases to believe on insufficient evidence seems like a stretch. I think critics had a point – had – but that is no longer so. In a world in which just about everyone’s beliefs are instantly shareable, at minimal cost, to a global audience, every single belief has the capacity to be truly consequential in the way Clifford imagined. If you still believe this is an exaggeration, think about how beliefs fashioned in a cave in Afghanistan lead to acts that ended lives in New York, Paris and London. Or consider how influential the ramblings pouring through your social media feeds have become in your very own daily behaviour. In the digital global village that we now inhabit, false beliefs cast a wider social net, hence Clifford’s argument might have been hyperbole when he first made it, but is no longer so today.
The second argument Clifford provides to back his claim that it is always wrong to believe on insufficient evidence is that poor practices of belief-formation turn us into careless, credulous believers. Clifford puts it nicely: ‘No real belief, however trifling and fragmentary it may seem, is ever truly insignificant; it prepares us to receive more of its like, confirms those which resembled it before, and weakens others; and so gradually it lays a stealthy train in our inmost thoughts, which may someday explode into overt action, and leave its stamp upon our character.’ Translating Clifford’s warning to our interconnected times, what he tells us is that careless believing turns us into easy prey for fake-news pedlars, conspiracy theorists and charlatans. And letting ourselves become hosts to these false beliefs is morally wrong because, as we have seen, the error cost for society can be devastating. Epistemic alertness is a much more precious virtue today than it ever was, since the need to sift through conflicting information has exponentially increased, and the risk of becoming a vessel of credulity is just a few taps of a smartphone away.
Clifford’s third and final argument as to why believing without evidence is morally wrong is that, in our capacity as communicators of belief, we have the moral responsibility not to pollute the well of collective knowledge. In Clifford’s time, the way in which our beliefs were woven into the ‘precious deposit’ of common knowledge was primarily through speech and writing. Because of this capacity to communicate, ‘our words, our phrases, our forms and processes and modes of thought’ become ‘common property’. Subverting this ‘heirloom’, as he called it, by adding false beliefs is immoral because everyone’s lives ultimately rely on this vital, shared resource.
While Clifford’s final argument rings true, it again seems exaggerated to claim that every little false belief we harbour is a moral affront to common knowledge. Yet reality, once more, is aligning with Clifford, and his words seem prophetic. Today, we truly have a global reservoir of belief into which all of our commitments are being painstakingly added: it’s called Big Data. You don’t even need to be an active netizen posting on Twitter or ranting on Facebook: more and more of what we do in the real world is being recorded and digitised, and from there algorithms can easily infer what we believe before we even express a view. In turn, this enormous pool of stored belief is used by algorithms to make decisions for and about us. And it’s the same reservoir that search engines tap into when we seek answers to our questions and acquire new beliefs. Add the wrong ingredients into the Big Data recipe, and what you’ll get is a potentially toxic output. If there was ever a time when critical thinking was a moral imperative, and credulity a calamitous sin, it is now.